I have published an article in the latest issue (June 2017) of Axess magazine about how Turkey has changed scientifically established Latin animal names in order to remove any references to Armenia and Kurdistan.

Even certain Latin animal names are seen as a threat to Turkey and so the animals will have to be called something else, writes Fredrik Malm, a Liberal Party member of the Swedish parliament.

No country in the world is under such great threat as Turkey - or at least that is what it seems like if you listen to President Recep Tayyip Erdogan.

The list of threats is long: Kurds, Armenians, critical journalists, the religious leader Fethullah Gulen, angry Twitter-users, Israel, the United States, and Jihadists (ever since Turkey stopped supporting them).

A lesser-known fact is that the Ankara government is trying to neutralize three more serious threats against Turkey: the red fox, the roe deer and the wild sheep.

Yes, it is in fact true. The Turkish government has decided to change the scientific names for these animals.

In 1758, the Swedish botanist, zoologist and physician
Carl Linnaeus, published his book Systema Naturae. Ever since, Linnaeus’ taxonomy has formed the scientific basis for the systemization of the world’s animals and plants. Step by step, new species – or variants of already known species – have been added to Linnaeus’ classification. Some of these species have regional descriptions and, for Erdogan, that is where the shoe pinches.


In Linnaeus’ classification, the Latin names for the species red fox and roe deer and for the animal family that wild sheep are part of are, respectively, Vulpes vulpes, Capreolus capreolus, and Ovis. There are several variations or sub-species of the first two, while the sheep family also consists of several different breeds. When, around a century ago, the Russian zoologist Konstantin Satunin discovered several fox variants in the Caucasus and further south, he gave one of those variants the name Vulpes vulpes kurdistanica. That was in 1906.

Ten years later, in 1916, the zoologist W. Blackler found roe deer in the Caucasus that were similar to those that existed in the Alps and in the Carpathians in Europe. The roe deer in the Caucasus received the name Capreolus capreolus armenius. Three years after that, in 1919, Nikolai Nasonov discovered wild sheep in the same area and they were named Ovis armeniana.

These animals’ species/sub-species names kurdistanica and armenius/armeniana have been scientifically approved ever since their establishment. Their designations are comparable to, for instance, the moth known in Swedish as “åsjordfly” and the plant known as “hönsbär”. In their Latin designations, they bear references to Sweden: Spaelotis suecica (Aur.) and Cornus suecica (L.).

But then, one day in March 2005 the Environment and Forest Ministry in Ankara issued a press release, which stated: “Unfortunately there are many other species in Turkey which were named this way with ill intentions. This ill intent is so obvious that even species only found in our country were given names against Turkey's unity.”

It is an interesting statement. For one, it is perfectly reasonable to question whether these animals exist only in Turkey. For instance, the other day I saw a fox at a car park in southern Stockholm. Ovis-species and Capreolus capreolus also contain older references to the Caucasus, which can hardly be deemed to be part of Turkey.

Furthermore, the animals received their regional names several years before the Turkish republic had even been declared, which was in 1923.

The scientific community has not greeted Turkey’s politicization of Latin animal names with any enthusiasm. A catalogue of mammals in the Caucasus, published by the National Museum of Georgia, lists the scientifically established names of the animals. Under these listings are footnotes, which state:

“The Turkish government has changed the Latin names of several animals in order to remove references to Kurdistan and Armenia. The old names were a threat to Turkey’s unity, according to Turkey’s Environment and Forest Ministry.”

The footnotes also mention that Andrew Polaszek, director-general of The International Commission on Zoological Nomenclature (ICZN), makes clear that it is forbidden (verboten) to change species’ names for political reasons. At the same time, the changes do not necessarily break the law since the new names are scientifically acceptable alternatives.

The images above are from "Catalogue of the type specimens of Caucasian large mammalian fauna in the collection of the National Museum of Georgia".

This attempt at politicizing taxonomy is of course deplorable. It is indicative of a conspiratorial mindset, where any reference to Armenia and Kurdistan are claimed to be an attack on Turkey, and this despite the fact that the term Kurdistan has been used since the twelfth century, or in other words for around 900 years.

At the same time, this incident helps us understand the mentality that informs Erdogan and his rule. If someone, with such zealousness, clamps down on century-old animal names, it is not so surprising that they also shut down newspapers and imprison oppositional individuals.

However, there were no reactions from the EU. Instead, Brussels approved, with pomp and circumstance, chapter 25 in the accession process. The chapter is titled “Science and Research”.

To conclude, you can't fault Erdogan for not paying attention to details. But Carl Linnaeus is surely spinning in his grave. 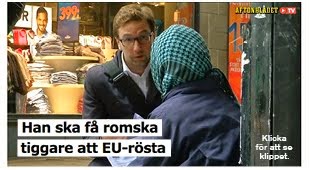